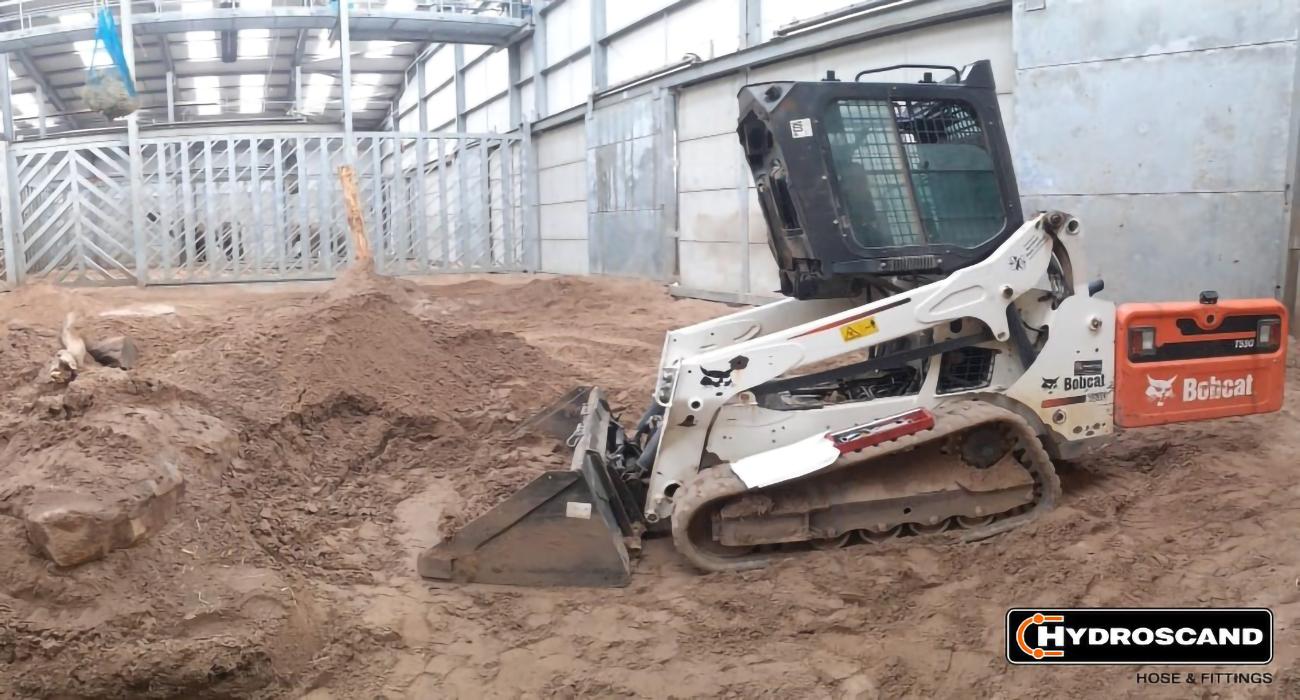 Kieran Crowder, Mobile Hose Technician from Widnes, came to the rescue, when a machine broke down in an elephant enclosure at Blackpool Zoo.

It was 4pm when the Widnes branch received a call from a customer to attend a job at Blackpool Zoo, a bobcat T590 was stuck in the middle of the elephant enclosure. Our mobile hose technicians are available to attend jobs 24/7. So, this job was no different.

Kieran said: “When I got to the site, I was quickly escorted by the friendly staff to where the Bobcat had broken down. I commented that it was like something from Jurassic Park because it was behind a huge, thick steel fence.”

Kieran was told by the staff the elephants were outside the enclosure, and could not come back inside until the Bobcat had been removed.

Kieran assessed where the leak was coming from. He then went to his mobile van to find the correct tools. The mobile vans are capable of carrying out on-site fault finding, hydraulic hose installation and customer support.

Kieran added: “The leak was a failed main feed hose under the cab. I removed the hose and made a new bespoke hose to suit the machine in the back of my van, and then I fitted it.

“I topped up the hydraulic oil and tested the machine. Once I was sure it was running without any further leaks, the operator removed the Bobcat out of the enclosure and closed the gate ready for the elephants to come in for the night.

“The staff at Blackpool Zoo were made up.

“As I headed home, I thought that was definitely not an ordinary day on the road!”